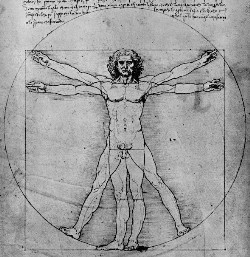 As a service to people who are thinking of entering the medical and medical support professions, StraighterLine is launching a series of short posts on medical terminology. Each post will define one.

If you’re looking for a medical problem with a really ugly name, it’s pretty hard to beat thrombosis. It sounds like a bad problem to have, and it really is.

Thrombosis occurs when a blood clot forms inside a blood vessel and obstructs the flow of blood. The problem can be caused by a number of things. Sometimes when a blood vessel is injured, the body starts to form a clot, which is intended to act like a kind of plug to keep blood from escaping from the injured vessel. Even though that is the body working to protect itself, things can turn bad if the clot starts to block blood from passing. At other times, the cause of thrombosis is less clear. If a blood vessel is too narrow, a clot can form. Sometimes clots can form for reasons that are hard to understand.

Once a clot has formed, a number of things can happen. Sometimes the body reabsorbs it. Sometimes the clot blocks the vessel so badly that swelling, pain and other complications set in. Sometimes the clot breaks loose, travels, and causes even more problems in other parts of the body. That’s called an embolism, and if the clot it gets to one of the arteries that supply blood to the brain, the result can be a stroke.

If a clot is discovered – often because it is causing swelling or pain in the leg or arm where it is located – it can often be dissolved using special drugs. Afterwards, the patient may have to take blood-thinning drugs for a period of time to promote good blood flow and prevent other clots from forming.

So, now you know. Thrombosis really is as bad as it sounds. If you want to take a very simple step to avoid the problem, or to keep it from flaring up, the best idea is to stay active and exercise. Another important counter-measure is to stand up and walk around often when you are on an airline flight. Lots of people first become aware that they have clots while they are flying.

Stay clear of thrombosis, and stay tuned for more medical terminology on this blog.