The Ultimate Route to Earning a Bachelor's Degree in Business: A StraighterLine Success Story 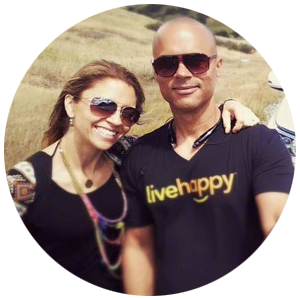 Jason Ransom is the first to admit that he was fortunate to get into the medical field early in his career, he says. In Jason’s words, “By developing relationships and through a lot of hard work and effort, I rose to the level of a corporate vice president without the benefit of having a college degree.”

Despite not having his degree, education has always been a family value. He’s married and has five kids. “Higher education is something my wife and I talk about quite a bit with our kids,” he says. “I wanted to be authentic when sharing our values, and the importance of earning a college degree. In order to be a true role model to my kids, I felt I needed to walk the walk.”

Using his family life as motivation, Jason started looking into flexible degree options online a couple of years ago. “The first thing I did was find math programs I could complete online. I liked the structure of online classes, and I liked being home. Earning college credit felt great.” Then, as Jason said, “Life got in the way of my momentum. I lost some fire -- and I did nothing towards my degree for two years.”

Jason continued to move forward in his career and in his family life. He started a business in biotech. Time passed, and then his daughter was about to graduate early from high school. That’s when he found his motivation reignited. He began doing some deep research on self-paced options for earning college credit and started evaluating online degree programs with generous transfer credit policies. Jason said, “I remembered first hearing of StraighterLine on a degree forum in 2013. This time around, I decided to look deeper into it as an option for earning college credit.”

A Low-Risk Approach to Online Courses

Jason appreciated that he could first try out StraighterLine courses with very little risk. “I had a coupon and with it, I enrolled in Medical Terminology (3 Credits). Immediately, I liked the format. I loved that it was self-paced, and I realized if you were disciplined with your time, you could accomplish some really amazing things with StraighterLine in a short amount of time. I thought the course was structured in a good way, and it provided all the building blocks for students to be successful.”

Jason enrolled at Thomas Edison State University with 15 existing credits. “Since it takes 120 credits to earn a bachelor’s degree, I needed 103 credits to graduate. I earned 90 of these credits through StraighterLine.” Here’s how Jason accomplished his goal:

Jason’s degree plan included completing 28 courses through StraighterLine, and he was determined to see how quickly he could complete them all. “My initial approach to earning my degree was just speed, too see how quickly I could complete my courses online. My first thought was to earn a degree in liberal science, thinking it would provide the quicker route. But when I started completing more and more StraighterLine courses, I realized my path was becoming more business focused, and decided that earning my bachelor’s in business was a far better choice for my career and interests.”

Since Jason is a business owner, and his wife is his business partner, he was able to devote 100% of his time towards completing his degree. Jason viewed earning his degree like taking on a first and second job, and his wife was his biggest supporter.  “I became hyper-focused once I started. My wife could see me getting into a bubble. I treated it like having two jobs. I spent the lion share of my day completing courses--16 hours some days. I would work on classes in the morning until the end of night.”

For Jason, as an experienced working adult and business owner, the business courses were instinctive. He also added that his medical and biotech background helped in successfully completing his core courses in science and healthcare. “I attacked all those courses at a high rate. The most interesting course to me personally, however, was Introduction to Religion (3 Credits), a humanities course; I found it fascinating. Of the business courses I completed, I ended up enjoying accounting (3 Credits) a lot more than I thought I would!”

“If you are just starting on your degree, the first step is figure out what general education courses you need -- and get your first year taken care of with StraighterLine,” he advises. “If a student is young, I’d recommend starting with StraighterLine’s Intro to Communications course (3 Credits). It’s a nice course, and it would help get them comfortable with their own voice, an important first step to success.”

Jason completed his bachelor’s in business at Thomas Edison State University in April 2016. Thanks to StraighterLine, he successfully earned 90 credits for his degree program in less than six months. Congratulations, Jason!