California Begins to Look Online to Solve Their Problems 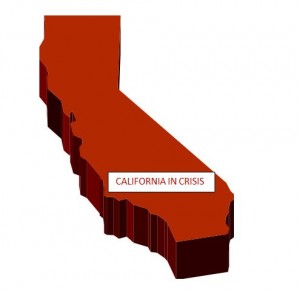 I was checking out a new page on Facebook dedicated to what’s going on in California, called, appropriately, California’s Community College Crisis Center. And I came across two articles about how some California schools are finally turning to online education to help address their problems.

The first, “CA Community College Experiments with Online Degree Partnerships“ is a blog post on the website, CollegeInsurrection.com. It talks about how “California’s Coastline Community College is set to create low-cost, online bachelor’s degree pathways where students can enroll simultaneously at one of three public universities, none of which are in California.” Their goal is to cut their waitlist in half and enroll 10,000 more students.

According to Paul Feist, a spokesman in the 112-college California community college system’s chancellor’s office, “The California Community Colleges are working with colleges and other government agencies to develop a strategy to respond to current innovations in online course delivery, including MOOCs.”

Coastline will be partnering with the University of Massachusetts Online, Penn State University’s World Campus and the University of Illinois-Springfield. The program is scheduled to launch next spring. According to the article, “The project’s leaders hope it will serve as a model for expanding capacity at California’s community colleges, which have been forced to turn away hundreds of thousands of students because of budget cuts.”

A single college preparing to forge partnerships with 3 online, out-of-state schools may seem like baby steps, but keep in mind this is the same state where back in August of last year, they cut off state funded student scholarships to students at 154 for-profit colleges and universities (including some online schools).

According to John Welty, the chair of Cal State’s online advisory board, the university is looking to help students who already have some Cal State or community college classes under their belt. “We know there are large numbers of students wanting to complete degrees,” he said, “particularly in areas like business and applied studies so this is an effort to provide additional access to the citizens of California.”

While the university system may be the largest, the online degree program is modest, at best. It only offers degrees in business administration, applied studies, public administration, and management information technology, at both the bachelor and masters level.

All of which got me thinking: why doesn’t California get their act together and reach out to the world of online colleges and universities in a bigger way? When you just look at StraighterLine partner schools (many of whom are already helping hundreds of students in California), we have, among others, the North America’s largest for-profit university, University of Phoenix, and the largest public university in the U.S., University of Maryland University College. We have one of the most highly acclaimed online universities, Western Governors University. We have the second largest community college in the US, Northern Virginia Community College. And the list continues... Excelsior College... Thomas Edison State College... SUNY Empire State College... and many more. We even have a partner in California: Concordia University Irvine. Clearly, our partner schools stand ready and able to help California in their moment of need.

And then there’s StraighterLine. With over 50 introductory college courses and dozens of credit-by-exams, we offer waitlisted community college students in California options that can keep their educational careers moving forwards. And because our courses are guaranteed to transfer to our partner colleges and universities, as well as being ACE reviewed and recommended, that means that students can take courses with us and then move on to hundreds, if not thousands, of other schools to get their degrees.

Baby steps are good. But it’s time for California to stop acting like a toddler. They’ve got grown-up problems, and they’ve got to face them like a grown up would.