An Education that Is Made in the U.S.A. 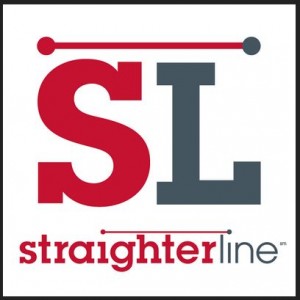 Do you like to buy products that are made in America? We do too. And so does the ABC World News with Diane Sawyer. If you visit the ABC World News website, you will discover that Ms. Sawyer and her team have been promoting American products and companies for some time now. Here’s some of the content you will find . . .

One feature you will not find on the website is a list of American-made educational institutions. That’s too bad, because there are many of them. Plus, an awful lot of them show the unmistakable imprint of American genius and vision.

StraighterLine’s “Made in America” credentials are not a lot different from those of the two venerable universities mentioned just above. They were both started by founding fathers who were among America’s most successful early citizens. StraighterLine was founded by a modern American entrepreneur. Courses are created and developed in America, using American ingenuity, American professors, and American technology. So if you like to support America by buying American, you can do so by studying at StraighterLine.

It’s a way of “buying American” that is open to all ambitious students, no matter where they live in the world.

Other Posts You Might Enjoy
How Much Does a StraighterLine Course Cost?
College for America: Recent Changes in American Higher Create New Opportunities for You
The New York Times Cites StraighterLine as a College Cost Innovator
New Study Finds that StraighterLine Undercuts the Cost of Community College and Other Learning Options