America’s Student Debt is Increasing at the Rate of $2,853.88 per Second

America’s Student Debt is Increasing at the Rate of $2,853.88 per Second 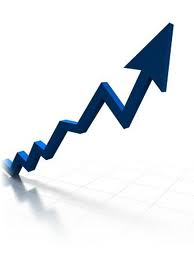 America’s Student Debt is Increasing at the Rate of $2,853.88 per Second . . . Visit the Student Load Debt Clock Online

The National Debt Clock, currently installed on a wall on Sixth Avenue in Manhattan, is a billboard-sized dot matrix display. Constantly updated, it shows the current U.S. gross national debt. The next time you are in New York, you can stop by and watch as those numbers shoot up minute by minute.

There is now a similar debt clock that you can visit online, the Student Loan Debt Clock. Instead of showing our gross national debt, it delivers a constantly changing total of America’s gross student loan debt.  This debt clock was created by the people at FinAid.org.

Here’s a little perspective on America’s student debt from the same website:

Watching debt clocks might be fun, but going into debt most certainly is not. For tips on reducing your indebtedness, check on the tips on FinAid.org and consider using online courses as a way to keep your college costs low.