HBCUs face a number of similar financial challenges as those that affect other non-HBCU colleges and universities. Earlier this year, HBCU member St. Paul’s College in southern Virginia closed due to funding issues. But these issues aren’t exclusive to HBCUs. Chester College, a small non-HBCU arts-oriented school in Massachusetts closed because of budget issues as well.10

Low graduation rates and student loan default rates are another issue affecting students attending HBCUs. The average graduation rate at HBCUs collectively was 37% in 2009.11 As a student, this is significant because the financial aftermath of not graduating from a college (but still paying back student loans), can be extreme. Without your college degree, it becomes more likely that you will default on a student loan. Even with a college degree, you want to be smart about financing your education and cut the cost of college as much as possible so you won’t be overly burdened with student loans when you do graduate.

However, these graduation rates don’t necessarily paint a true picture of what is going on at an HBCU. Most HBCUs focus on providing higher education to a disproportionate amount of low-income and first-generation college students. These students’ need for financial aid is higher – illustrated by the fact that more than 60% of students attending HBCUs receive Pell Grants (a program which provides low-income students with financial aid). And yet, because the Pell Grant program (maximum grant of $5,500 per year) faced a 18.3 billion budget shortfall during 2012-2013, Congress opted to eliminate a few qualifications for entry into the program, causing an estimated 145,000 students to be suddenly ineligible for funds.12 These cuts affected many students at HBCUs. Even before these cuts, though, funding challenges that forced schools embrace new options, leading to more HBCUs providing low cost online college courses for their students. Since financial issues are often the leading reason that students do not complete college, having a diversity of affordable college options like grants and low cost online college courses is critical.

Additional Pressure on Minority Enrollment in College:  The Supreme Court and Affirmative Action in Higher Education

Another point of pressure towards HBCUs, and diversity in higher education in general, are challenges to affirmative action precedents. In June, the Supreme Court saw a court case challenging the use of race in admissions decisions by the University of Texas at Austin. Though the Supreme Court justices chose to send the case back to a lower court, there is an expectation that the courts may see more of these cases on their dockets.

What’s more, states that have banned affirmative action in college admissions, such as California (banned in 2006) and Florida (banned in 2001), have shown increasing gaps between college enrollment by black students and the college-aged population of that same minority.13 Anticipating these potential challenges, savvy students should take the time to explore additional higher educational opportunities and programs, like online college courses and HBCUs, in order to have their academic and career goals met.

11USA Today, Under a third of men at black colleges earn degree in 6 years, 3/2009
http://www.jbhe.com/features/50_blackstudent_gradrates.html 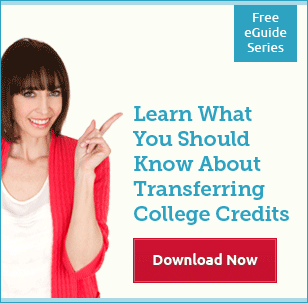