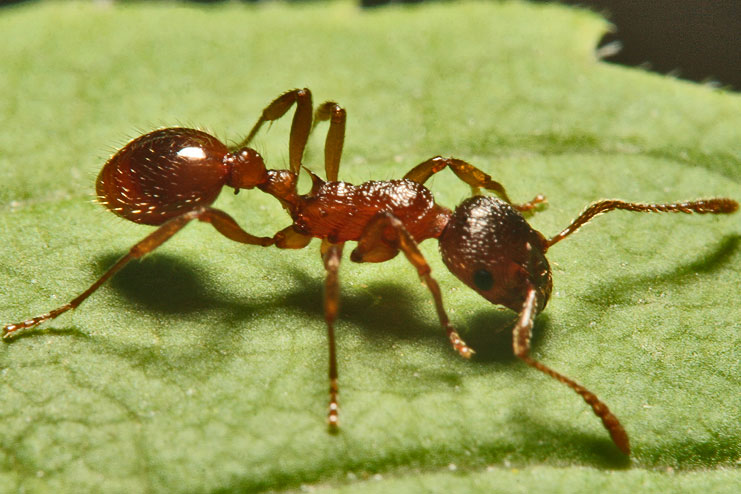 I’ve had the privilege of writing books with some pretty remarkable people. One of the most inspirational was Dr. Arthur Caliandro, now retired, who was Senior Minister at Marble Collegiate Church in New York for many years.

Dr. Caliandro has a favorite story that he likes to tell about an ant.

One day, Dr. Caliandro noticed an ant walking in a perfectly straight line down a path. The only problem was that a large stick lay directly across the path, blocking it almost completely. When the ant got to that stick, it nearly walked straight into it. But instead of giving up, the ant backed up a little and tried again a little further to the right. The ant again found its path blocked there, so it backed up and tried again, this time a little further to the right. After three or four tries, the ant found its way around the stick, and it continued along on its straight path.

I think that some of the smartest students today take a similar approach, by refusing to give up. If they didn’t score top grades in high school and can’t get directly into a top college, they find a way around by starting out at community colleges. If they are having a hard time finding the time to take college courses on campus, they take college courses online. If they are in the military and are stationed far from home, they fire up their computers, take computerized courses, and keep moving toward their educational goals.

So the point of today’s post is, think like that little ant and refuse to give up. There is always a way around obstacles for people with the will, imagination and ambition to keep moving toward their dreams.