Want to Earn a Top Salary? Here’s How to Pick Your College Major

Want to Earn a Top Salary? Here’s How to Pick Your College Major 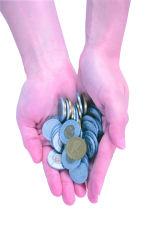 Your college major should be a subject that you love, right? Well maybe so. But if part of what you love is earning a good living, perhaps you should pick a major that promises you a top salary after you graduate.

If you’re not sure what that major should be, here’s a list of the top-earning 10 undergraduate majors, compiled by PayScale. (Note that these are only the top 10 majors ranked by PayScale. See PayScale’s salary-ranked list of more than 100 college majors.)

How Online College Students Can Compete with Other Students in Job Interviews
Hot Jobs and Opportunities for Working Women and Moms
New Employment Concern: Jobs are being created, but few skilled candidates are available to fill them
Train Online to be An Accountant
How to Get a Job after You Graduate
Online Education Resources