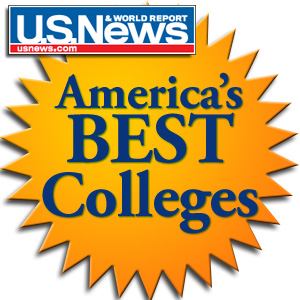 U.S. News has again published its annual rankings of colleges and universities. And in publications from coast to coast, reporters are again taking aim and blasting away at everything that is wrong with them.  Like the first day of duck hunting season, it happens every year.

I was about to write a post about why I dislike the rankings too. But then I started to poke around online and discovered that many intelligent observers of American education have already written about this year’s rankings. Let’s take a quick look at what they have to say . . .

Valerie Strauss, who writes about education for The Washington Post, just wrote an article called “The problem with the U.S. News college rankings” in which she roundly thumps U.S. News for lots of reasons. To quote from her article:

Jean Cowden Moore, writing in the Ventura County Star, offers a balanced viewpoint on the U.S. News rankings. In her article “College rankings challenged, but still popular,” she notes that despite their limitations, the rankings can still help some students and their families pick colleges. Yet she also notes:

“Critics also suggest colleges have started gaming the system. They might send recruitment emails to students who don't stand a chance of getting admitted, then deny them when they apply, boosting the college's selectivity rating in the rankings. Or they send splashy promotions to presidents or deans completing the reputation surveys, hoping they might gain an edge.”

Jeff Selingo, a blogger on The Huffington Post, takes a pretty dim view of the U.S. News ratings. In his recent post, “Want a Cheaper, Better College Experience? Stop the Rankings and Let Go of Tradition,” he points out the following problem:

“Rankings play a potentially large role in stifling innovation on college campuses. As some lower-ranked colleges try to game the system in order to improve their scores, they essentially try to follow a roadmap driven by the magazine's methodology.”

If you poke around online, you’ll find lots of other articles that report how specific colleges have moved up or down in this year’s rankings. An article in The Seattle Times, for example, bemoans the fact that the University of Washington and Washington State both fell low in this year’s rankings. And California Polytechnic State University (“Cal Poly”) is crowing because it got rated a top public university by U.S. News. If those schools’ ratings get reversed next year, the songs they are singing will change.

But let’s face some simple realities. It is time for American students and parents to start to look past these college rankings as they select the colleges where they will apply. After all, Harvard and Princeton aren’t right for everyone, or something that everyone should be aiming for. It’s time to get real.