How a Math Teacher Saved Big on His Degree with Online College Courses. A StraighterLine Success Story. 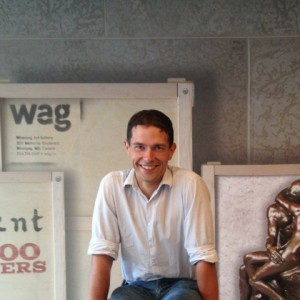 Before deciding to enroll at StraighterLine partner Excelsior College, Peter Kennedy had over a hundred existing college credits earned from 3 different countries, yet had never officially earned his college degree.  Even though he had been a math teacher for years, Peter knew it was time to get his diploma.

Lots of Credits, No Degree

Peter took stock of his accumulated college credits and made the decision that he would consolidate them – and earn a degree in Natural Science from Excelsior College.

While he was enrolling at Excelsior, he came across an online article about StraighterLine – and determined that taking StraighterLine online college courses would be the quickest and most cost-effective way for him to complete the general education courses he needed for his degree.

Want to see how it works? Take two free lessons on us today!

As good as StraighterLine looked, Peter had his doubts and wondered if StraighterLine was for real. “At $99/month for a membership, I thought it might be bogus.”

Choosing Which 12 StraighterLine Courses to Take

The first course Peter enrolled in at StraighterLine was U.S. History I. “I don’t have a good history with textbooks and find it really difficult to find textbooks I like, so I was surprised how much I really enjoyed U.S. History I and II.”

Though he had only originally planned on taking a few courses at StraighterLine, Peter enjoyed his courses so much and found the credit transfer process so straightforward, he ended up completing and transferring 12 StraighterLine courses into his degree program.  In addition to the history courses, Peter also took  Calculus, Business Statistics, Anatomy I & II, and Microbiology – and several other general education courses he needed for his degree.

The time it took to complete a course varied according to his past experience with the material. “If I took a course where I was familiar with the material, I could complete the course in a couple of weeks. If it was new to me, it would take closer to six.”

We have close to 100 partnership schools, see if your school is listed!

Advice to Other Online Students: Keep at It

Peter has some words of wisdom for other StraighterLine students: “Keep at it! It’s not always easy. You need to do a lot of work, but don’t get discouraged.”

“Also, since StraighterLine is hooked up with Smart Thinking [one-on-one online tutoring], be sure to use that service. Don’t wait. Seek help as soon as you need it.”

He also added, “It’s important to make time [for school]. It’s easy to get distracted, so set time aside, turn off the cell phone – and read all of the readings.”

The Power of Support

“I have a good support team at home. I work on a lot of courses while spending time with my two kids.” For Peter, it’s a family effort, “We all work together while doing our homework.”

Dramatically Reducing the Time and Cost of a College Degree

Peter estimates that he took years off of his degree program at Excelsior College. Had he not had the flexibility to take StraighterLine low-cost online college courses, he feels he would have been only been able to afford the tuition for 4 Excelsior courses each year.

With StraighterLine, however, Peter was able to afford all the general education courses he needed, and was able to complete almost two year’s worth of college in only a few months. Peter will be graduating from college this fall with his Bachelor’s in Natural Science. Congratulations Peter!

Not sure where to start? Get your free personalized degree plan today!