Students, Students Everywhere: It Will Take Online Learning to Educate them All 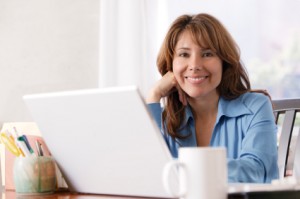 According to the CIA World Factbook, there are currently 17.5 million students enrolled in post-high school educational programs in the U.S. So if you smash those statistics together, you can determine pretty quickly that America is now educating only five percent its total current population beyond the high school level. Granted, those are rough numbers, and not all of America’s 315.1 million people want or need to go to college. But after a recent presidential election in which both candidates said that education is a top American priority, it becomes pretty likely clear that we are falling short.

Let’s say theoretically that we would like to live in an America in which we doubled the current number of college students, or tripled it, or more? At present, there are simply not enough seats in American college classrooms for 30 million, 45 million, or more students.

It’s no wonder that online learning is already growing so quickly in America. It is simply the most efficient way to deliver quality educational “products” to a growing number of American college students. And if the number of people living in America continues to grow at a rate or more than 1 percent a year, it is only going to grow in importance.

Try out a free online college course and see for yourself what online learning is all about.