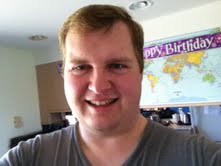 But that’s only part of the story. Let’s hear what Matthew told StraighterLine in a recent interview.

StraighterLine:  Can you tell us a bit about your background and why you are going to college?

Matthew Hines: I live in Washington State. I’m 30, so it has been about a dozen years since high school.  I will soon be the first in my immediate family to graduate with a B.A. degree. My mom dropped out of college to get married, and my dad never attended. On a single income, there was no way they could afford to send us to college, even if we wanted to go. Besides, there really wasn't much cultural reinforcement that college was necessary to succeed in life. So when I finally decided I wanted a college education, it was mostly because of the people I knew and the realities I faced in the workforce for one who doesn't have a degree.

SL: What were those “realities” that you mentioned?

MH: I worked McDonald’s. I worked at a major retailer for eight of my 12 years after high school. That store wanted to move me into management, but I could see that I didn’t want to spend my whole life in retail. Ever since I was in second grade, I have been intensely interested in history and current events. At a certain point, I saw that what I really wanted to do was some kind of public service work.  And to do what I wanted to do, I would need a college degree.

SL: How did you find StraighterLine?

MH: To tell you the truth, I don’t exactly remember! I think I first read about StraighterLine in an article in The New York Times. But when I really started to investigate you, I thought, “Holy cow, this is what I’m looking for!” It seemed like an ideal way to get my Gen Ed courses out of the way, and in a way that I could actually afford. Before then, I was looking at college costs and finances and I realized that I really couldn’t afford it.

SL: What courses have you taken at StraighterLine?

MH: I have taken 24 courses to date – humanities courses, two science courses, sociology, and more. A lot of courses.

SL: Wow. Did you transfer those credits to a college?

MH: Yes, I have transferred 39 credits to Thomas Edison State College. It was easy. I am now working on an application and when that is completed, I will have transferred a total of 102 credits.

SL: About how much money do you think you have saved?

MH: Let’s see . . . I think I spent about $3,000 for courses and the StraighterLine subscription. I earned 72 credits, which would have cost lots more at a community college, say . . . well, I estimate that I saved at least $18,000 by using StraighterLine to earn those credits. I paid for those courses out of pocket, so I took no loans. However, I had to take a $5,000 loan to pay for two or three courses that StraighterLine was not offering, like Labor History.

SL: How did your StraighterLine courses compare to other courses you had taken before?

MH: To tell you the truth, I had never taken any conventional college courses before, so I had no way to compare. But here’s a funny story. The first time I took Western Civilization I, I decided to try it without using the textbook. As I said, I have been interested in history since I was in elementary school, and I thought I could do very well without relying on a book. Well I tried it that way the first time and I got a grade of D+! But I took it again, and I got that fixed.

SL: Did you ever need any tech or other help with your online coursework?

MH: Once I was about to take an exam. Due to computer problems, I was actually about 90 minutes late to log on. It was going to be supervised with your online proctoring and that service allowed me to log on late and take the exam anyway, with no problem.

SL: Would you recommend StraighterLine to other students?

MH: I already have.

SL: Do you have any suggestions for ways that StraighterLine could help you more?

MH: I would encourage you to offer a computer science course. I need one, and I would love to take it at StraighterLine instead of anywhere else.