Support Kelli Space in Her Efforts to Repay Her Student Loans

Support Kelli Space in Her Efforts to Repay Her Student Loans 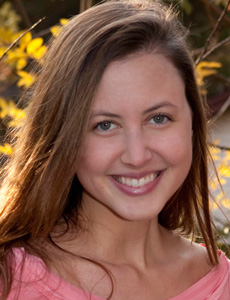 When Kelli Space put on her cap and gown and graduated from high school in 2005, she was like a lot of other students. She had gotten into the college of her choice. In fact, she was the first member of her family who had ever gone to college. She was very excited. She headed off to Northeastern University. The world, as they say, was her oyster.

Today, Kelli has started her first job and is as enthusiastic about life as she was six years ago. But something has changed. To finance her education, she had to take $200,000 in commercial loans. And now she is scrambling to repay her debt.

Granted, lots of other college grads are carrying that kind of debt. But unlike them, Kelli has taken an unusual step to repay what she owes. She partnered with Edulender.com and created a website where she tells the story of how she got into so much debt. Visitors to the site can make contributions to help Kelli repay her loan. And visitors are contributing. So far, they have contributed about $9,000 to help her repay her debt.

People contribute because Kelli isn’t just asking for handouts. She’s selling some of her clothes on eBay. She’s working 20 hours of overtime a week and eating Ramen noodles for dinner. So helping her repay her debt becomes a kind of partnership.

When people contribute, they post comments and words of encouragement. One donor writes, “I'm happy to help. Best of luck for the future, and I may consider donating here again when I have the chance.” And Kelli personally thanks every contributor.

How Did Kelli Get Into So Much Debt?

That’s a fair question. And Kelli’s answer serves as a case study about how tens of thousands of American students who graduated high school in the mid-1990’s-2000 landed in debt. Let’s hear what she has to say . . .

“I was like so many students who bought into all the propaganda, from all the advice that we were getting, to try to attend the most expensive four-year colleges. It was 2005. It was a fine economy, what could go wrong? I was 18, I never thought that I would graduate in a recession. I had never studied economics. I knew what it meant to take a loan in a general way – I knew that you borrowed money and then repaid it with interest. But my guidance counselor encouraged me to take private bank loans to pay for college and said. `Everyone does it.’ And I ended up owing $200,000. I earned a degree in sociology. I am kind of amazed that I got a job.”

Kelli has been invited to blog about education for The Washington Post. We are pleased to join her team too.