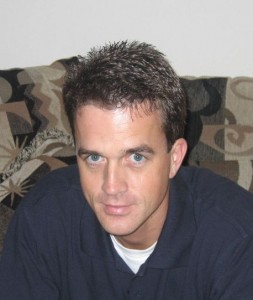 In September, 2012, a student named Donnie Davis was grappling with the fact that he only needed to complete one three-credit course before he could earn his Bachelor of Business Administration from Strayer University.

“I was thinking of CLEPPING it,” he says, meaning that he was about to take one of the CLEP exams to earn the credits he needed to graduate. Then a Dean at Strayer suggested, “Why don’t you think about taking the course you need at StraighterLine?”

Up to that point, Davis had not heard of StraighterLine. He was a busy guy, working several jobs, including one as a medical lab technician. How could he find time to complete a course? But he checked out StraighterLine online and enrolled in Western Civilization I. In less than a month, he had finished the course and earned the three credits he needed to complete his degree and graduate.

“The savings were huge,” Davis says. “I enrolled in StraighterLine’s $99/month plan. In addition to that fee, I paid $49 for the course, and also bought a textbook for the course. I dove in, worked hard, and finished the course in three weeks.

“In the end, that three-credit course cost me less than $200, and that included tuition, textbook, everything. I’d estimate that I saved more than $1,500 on just that one class. I have paid thousands more from other universities and wish I had heard about you all sooner.”

Davis loves to learn. He explains that he is not the kind of person who was looking for an easy way.

“The course was a very good experience,” he explains. “I found the content interesting. In fact, I read the entire textbook, every chapter, and I studied hard. But I am a person who likes to work and learn. The course’s curriculum was not easy. But I liked the fact that I had to work hard to pass exams.”

Help When He Needed It

The StraighterLine course did not leave Davis unattended when he needed help or had questions.

“Just once,” he recalls, “I had a question about some of the questions that were on one exam. I asked, I got a quick response, and I was happy with the outcome.”

Now, His Career Is On Track

Davis explains, “I am a medical lab technician. But as I said before, I like to work hard! I am eager to move up into management, and my BBA degree will help me do that. I also plan to go back to school at some point to earn an MBA degree.”

Summing Up His StraighterLine Experience

“What an exceptional value.” Davis says. “That was a real sigh of relief for me because I was already graduating college with loans to repay. But I will repay them, like I take care of all my finances, and when I will go back to school to earn an MBA, StraighterLine will be part of my plans. I’ll be back!”