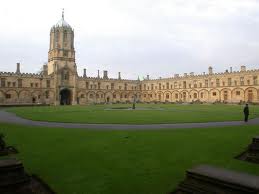 If you’re a high school student who is making college plans, chances are you have been trying to decide whether it makes more sense for you to take classes at StraighterLine or Oxford University, the hoary British University that dates from sometime around the year 1,100.

Here are some helpful comparisons to help you decide . . .

So which will it be for you, StraighterLine or Oxford? Now that you know the facts, the choice is yours.