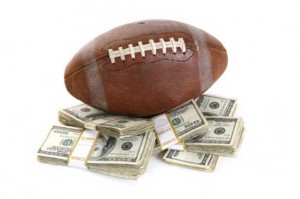 We’re living in a time when students are protesting tuition increases and tens of thousands of college graduates are drowning in debt. Yet according to “For New Coach at Ohio State, It’s First Down and $4 Million,” an article by Greg Bishop in The New York Times on November 29, Ohio State University sees no problem in offering its new football coach a compensation package that could add up to $4 million annually. Or to look at it another way the new coach, Urban Meyer, should be compensated a total of $26 million over the next six years.

Some details from the article . . .

Of course, there are justifications and rationales for paying a football coach that much. The more a team wins, the more alumni contribute money to a school. Then there’s the “top to bottom” quality thing, as explained by OSU President Gee, who told the Times, “I’m about having the best physics faculty, the best medical school faculty and the best football coach.”

There are always justifications for spending a ton of money, after all. (People who drive Bentleys probably say that they are really reliable cars, just as reliable as Chevys.)  But how about reallocating those $4 million to keep tuition low, to hire new faculty, or for other educational expenses?

At a time when America’s students are on the rocks financially, this is one bitter pill to swallow.