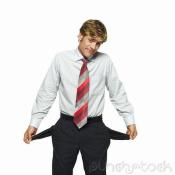 I mean, I thought college was supposed to increase a person’s odds of earning a good living and becoming economically secure, right? But it turns out that in a growing number of cases, the opposite is true.

The study, just released by The Institute for Financial Literacy, is called “Consumer Bankruptcy Filings among College Educated, High Income Earners on the Increase.”  Here are some of the findings it reports . . .

What Can College Students Do to Avoid Bankruptcy?

I bet you thought that the answers to that question would be complex or hard to implement. In fact, they aren’t. Here are some very simple ways to enjoy the value of a college education without running the risk of financial failure . . .

The real problems are that students are paying too much for college, and borrowing too much to pay for it. If you can use online learning and other strategies to avoid those problems, you really can earn a degree and benefit from it too – even in our topsy-turvy world.

Unusual Ways to Pay for College Tactic #4 . . . Set Up a 529 Plan
What’s a Pell Grant? How Can You Get One?
Hot Jobs and Opportunities for Working Women and Moms
New Employment Concern: Jobs are being created, but few skilled candidates are available to fill them
Train Online to be An Accountant
How to Get a Job after You Graduate