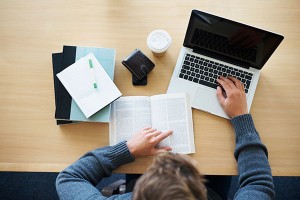 With an average student debt of just under $30,000, too many students are spending too much time and too much money on the general education courses they need for their degree.

That's why competency based education (CBE) is so critical to the future of higher ed. CBE measures learning rather than time spent in class, paving the way for students to use knowledge acquired from work and past college experience to earn a degree more quickly and more conveniently, saving both time and money.

StraighterLine has helped fuel the growth of competency-based education with affordable degree pathways and self-paced, adaptive online courses. Scientific American writer Ben Nelson highlights StraighterLine as a way for students to get real savings on a college degree, in an article he wrote exploring the role of technology in higher ed for Scientific America:

“Although many traditional universities are addicted to the tuitions they draw with big lecture halls, online institutions and companies such as Western Governors University, UniversityNow and StraighterLine have begun demonstrating a viable alternative. The mainstream academic world should take notice.” That’s the insight from Scientific America, which calls on educators to "think long-term about the role of technology in learning."

Check out Ben’s post to learn more about the three fundamental objectives of higher learning and how online education continues to play a critical role in shaping the future of higher education:

What do you think the typical college degree pathway will look like in 2025? Drop us a comment below.