Knowledge through Art: What The House Bunny Teaches Us about American Higher Education

Knowledge through Art: What The House Bunny Teaches Us about American Higher Education 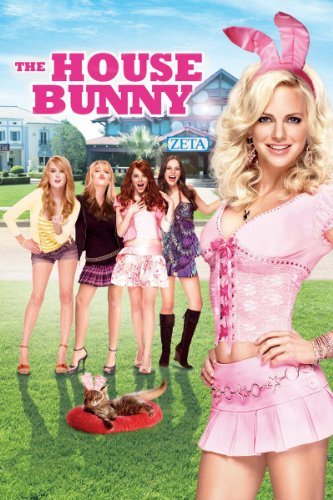 The House Bunny, a movie about college life, hit theaters back in 2008. Nobody accused it of being a masterpiece at the time. In fact, some people dismissed it as a redo of the earlier classic, Legally Blonde (2001), a film made by the same producers. That was not entirely fair, because The House Bunny was really its own animal. For one thing, the film starred the magnificently talented Anna Faris, who has been a mainstay of Scary Movie and its sequels.

The House Bunny tells the story of Shelly (played by Faris), a Playboy bunny who gets kicked out of the Playboy Mansion because she has hit age 27. She wanders onto a campus, where she becomes the house mother of Zeta, a sorority where all the members are social outcasts. Predictably, Shelly transforms the women of Zeta into beautiful bombshells. And just as predictably, Shelly’s success gets her in hot water with the college’s administration.

As I noted above, nobody accused The House Bunny of being a profound work of art. With Faris parading around in little pink spangly outfits and winning social acceptance for her sorority women by making them appeal to men, it sure doesn’t serve up a feminist manifesto.  But the movie teaches us some lessons about many American colleges that are still relevant today . . .

In future posts, we’ll be learning more lessons from films of art like Back To School. Stay tuned.

Knowledge through Art: What today’s Students Can Learn from Animal House