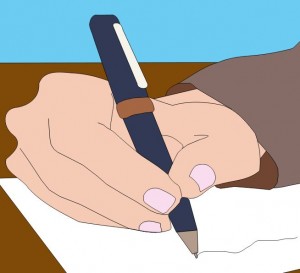 Les Perelman, Ph.D., recently retired after spending 26 years teaching writing at MIT. He is still affiliated with that institution, where he is now researching ways to improve students’ writing skills.

Perelman is no fan of the SAT. He believes that the test’s writing section and essay are essentially useless – completely unable to help colleges identify students who can write well. You can get a sense of his views if you read Dr. Perelman’s Essay Writing Tips online, or Fooling the College Board, a post that Scott Jaschik wrote for Inside Higher Ed. Perelman was also interviewed for an article in The New York Times last April about how easy it is to fool the computerized essay-scoring software that is now being developed by the Educational Testing Service.

StraighterLine: That article in the Times reports that ETS is developing software that can score more than 50,000 essays a minute. Is that program, e-Rater, already in use now?

Les Perelman:  It’s not being used for the SAT yet, but is now partially used for the GRE, where the essay is scored both by a human reader and software. But the College Board is planning to use the software to grade all SAT essays starting in 2015.

SL: But human beings are reading and grading the essays today, right? So what’s the problem with that?

LP: There are plenty of problems. Essentially, Pearson, the company that grades the essays for the College Board, trains its readers to act like computers when they evaluate essays. The have to score about 30 essays an hour. I have personally trained many students to achieve very high scores on the SAT essay. Most of them were easily able to get a score of 5 out of 6, which put them above the 92nd percentile, simply by filling both pages and using big words, even if those words were used incorrectly.  To earn a high score, an essay doesn’t actually have to make any sense at all. Sense isn’t what the SAT is testing for.

Some teachers have developed lists of vocabulary words for their students to use in the SAT essay, and those lists don’t even give definitions for the words. Students don’t have to understand the words, they simply have to use them in order to get high scores.

SL: When The New York Times interviewed you last year about the upcoming essay-reading software, you said, “E-Rater doesn’t care if you say the War of 1812 started in 1945.” You also said that it would be okay to write that Roger Clemens said, “Remember the Maine.” That’s incredible. So students will be able to write complete nonsense and still achieve top scores?

LP: They can do it right now, even with human readers, by filling two pages and using lots of big words.  There are other techniques I teach students too, such as preparing two historical examples that they can use in any essay, even if they don’t exactly fit the prompt.

SL: So in essence, students can learn to “game” the SAT essay. Thank you, Dr. Perelman, for sharing your views on the StraighterLine blog.

Other Posts You Will Enjoy

SAT Creators Will Depend on Tiny Little Photos to End Cheating on the Test
The Other SAT (StraighterLine Aptitude Test)
Breaking the SAT's Choke Hold on American Education
SAT Becomes the Edsel of Standardized Tests
The Smarter, Straighter Path to Advanced Placement Test Prep
Our College List of Lists