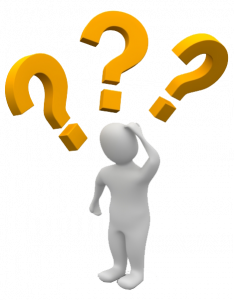 For years, it has been widely believed that single-sex education is a very positive practice, for girls especially. Studies have shown that girls learn better, especially in math and science, when no pushy, hand-raising boys are in the classroom. Studies have been harder to find about the effectiveness of single-sex education for boys. Maybe that’s because even if there are no girls around, boys will still make spitballs, leave their shirttails untucked, and belt each other in the ears when teachers are looking the other way. And girls, whether boys are there or not, will send each other text messages during class and use their smartphones to shop for jeans.

But now a new study has just appeared that questions the assumption that single-sex education is positive. Called, “The Pseudoscience of Single Sex Schooling,” the report was issued by the nonprofit American Council for CoEducational Schooling, an organization that promotes co-ed learning.

The report states that “. . . sex-segregated education is deeply misguided and often justified by weak, cherry-picked or misconstrued scientific claims rather than by valid scientific evidence . . . Boys who spend more time with other boys become increasingly aggressive. Similarly, girls who spend more time with other girls become more sex-typed.”

So you see, the report confirms what we said about boys’ love of spitballs, untucked shirts and belting each other. And maybe texting is part of girls’ being more “sex-typed.” After all, they are typing on their phones, right? Is that what we are talking about here?

But the report also makes us wonder whether online learning is same-sex education or not. It’s a head-scratcher. If you go into a room by yourself, turn on a computer, and start taking a course online, that has to be same-sex education, right? Does the fact that other students are taking the same course – possibly students of the opposite gender – make it a co-ed course? If your girlfriend or boyfriend is in the same room, does that make any difference? If you have ambivalent feelings about your sexuality, does that automatically turn your online studies into a co-ed learning experience?

As you have already realized, we are joking here. And if you have any jokes to add to this post, why not take a moment and add them below?