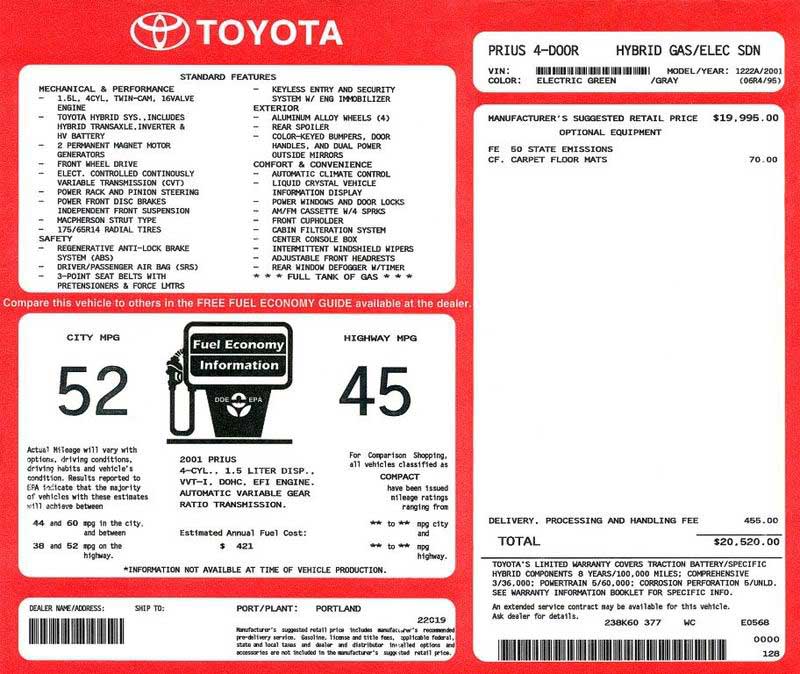 You wouldn’t walk into a car showroom and hand a salesman a check for the price that appears on a window sticker, would you? Probably not. Few people do.

But the fact is, most people “buy” their college educations in just that way. They look at a college’s official tuition and decide whether they can afford it or not.

That’s the story reported in “On Sticker Prices and `Wishful Thinking,’” a recent article by Eric Hoover in the Chronicle of Higher Education. According to Hoover, few people realize that they can pay less than sticker.

We’d urge you to read the article, which reveals some surprising information about the way people shop for higher education:

Almost nobody bargains. According to a recent survey conducted by the College Board, 59 percent of students look no further than sticker prices. Only 28 percent of students consider financial aid to determine the “real” cost of an education they will buy.

People do not utilize online resources. Only 26 percent of students and their families use one of the financial-aid calculators that are currently available online. And 58 percent of college applicants say they have never used one.

The wealthiest families are the best “shoppers.” Twenty-five percent of wealthy families use online financial aid calculators, compared to only 8 percent of families in the lowest income bracket.

Many students don’t think about financial aid until after they start college. Among students who are not certain how their families will pay for college, 24 percent say that they will start anyway and “work something out when the time comes."

Hoover also reports that by next year, the federal government will require all colleges and universities to have financial aid calculators on their Websites. Until then, you can access one by clicking HERE.

Related Posts
The State of Illinois Turns Away 27,000 Scholarship Applicants
Freshman
Year at College for $1000 or Less?
A
$116 Billion Graduation Present for You
Five
Reasons Why High School Graduation Should Not Be the Last Stop