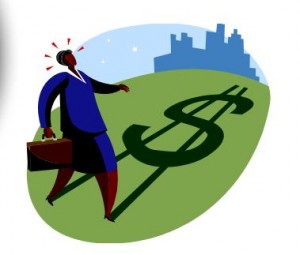 “Community college grads out-earn bachelor's degree holder,” an article that Jon Marcus wrote for CNN Money, reports that students who finish two-year programs at community colleges are earning starting salaries that are higher than those commanded by graduates of four-year colleges.

“Berevan Omer graduated on a Friday in February with an associate's degree from Nashville State Community College and started work the following Monday as a computer-networking engineer at a local television station, making about $50,000 a year. That's 15% higher than the average starting salary for graduates - not only from community colleges, but for bachelor’s degree holders from four-year universities.”

Marcus cites a study conducted by Georgetown University that found that about 30% of Americans with associate’s degrees are earning more than those with bachelor's degrees.

So, Is It True that Community College Grads Earn More?

It is sort of true. As Marcus points out, “The increase in wages for community college grads is being driven by a high demand for people with so-called `middle-skills’ that often require no more than an associate's degree, such as lab technicians, teachers in early childhood programs, computer engineers, draftsmen, radiation therapists, paralegals, and machinists.”

When you “read between the lines” of a statement like that, you start to get a better sense of what is actually going on. Community colleges are preparing more of their students for job opportunities that exist in the current marketplace. Marcus cites air traffic controllers, radiation therapists, dental hygienists, and registered nurses.

Four-year colleges prepare some of their students to take on those in-demand jobs too. But four-year colleges also graduate a lot of students who major in other subjects that don’t match them up with employers who are looking for recent grads. I am talking about majors like art history, English, classics, comparative literature, dance, drama, French, gender studies, music, political science, pre-med, psychology, screenwriting, and many others.

Why do students bother to major in subjects that don’t qualify them to immediately take jobs in the marketplace? There are plenty of reasons – some valid, some less so. One student could major in psychology because she plans to go to graduate school and become a clinical psychologist, for example. Another could major in drama and then move to Los Angeles or New York to try to get an acting career started. And a pre-med student will go to medical school and then emerge as an employable physician in four or five years.

So while Marcus is making a very valid point, we need to keep some perspective on the title of his article, “Community college grads out-earn bachelor's degree holders.” Yes, his statement is true in a sense. But it requires a little clarification.

And by the way, if you are aiming to train for a job in healthcare or another field where jobs exist now, a number of StraighterLine college courses can help you get started today, often for even less money than you would pay for those same classes at your local community college.