California Imposes "Seven Years of College Down the Drain" Rule (Sort Of, Anyhow)

California Imposes "Seven Years of College Down the Drain" Rule (Sort Of, Anyhow) 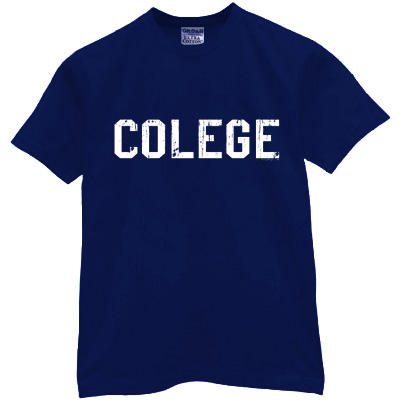 The quote in the title of today’s post comes from the immortal film “Animal House.”  It’s delivered by John Blutarsky (played by John Belushi) after he and all the members of his fraternity are expelled from college by Dean Vernon Wormer.

The quote seems to relate to a news report that we just discovered. To quote from the story as it appeared on The Ticker . . .

“California’s community-college students will no longer be able to take the same course more than three times under a policy approved on Monday by the system’s Board of Governors. An analysis by the system found that the same English and mathematics courses had been taken on at least four occasions more than 225,000 times since 1992. Less than half of the students repeating those courses received a C or better. ‘We just don’t feel it’s right to have somebody repeat a course four, five, six times, and then individuals who are seeking it for the first time can’t get in,’ the system’s chancellor, Jack Scott, told California Watch.”

At the StraighterLine blog, we usually take the students’ side when college courses and opportunities are cut. But in this case, who can argue with a decision to limit the number of times that students can take the same course?

Not even John Blutarsky, we don’t believe, took the same college course four times. So maybe this is one time when cutting courses to rein in spending really makes sense.

Senator Blutarsky, where are you? Please let us know what you think.