A Working Father Finds a Way to Accelerate Completion of His Business Degree: A StraighterLine Success Story 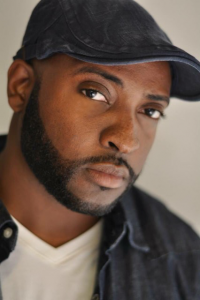 Calvin Duker lives in Delaware, has 3 children, and works full time in the financial services industry...but that’s only part of his story. Calvin is also a 37 year old college student who is on track to become the first male in his family to earn his bachelor’s degree. And that’s a big deal.

“Earning my bachelor’s degree is not only for me, it’s for my whole family,” says Calvin, adding, “I’m living proof that in spite of every obstacle, you can still get your degree.”

Calvin first went to college right after graduating high school. He earned his associate’s degree in business administration with a concentration in management. He then started his career in an entry-level position in financial services industry. Over 16 years later, after being promoted several times, he’s still working in the financial industry, though now at a bank.

The Best Reasons for Completing a Bachelor’s Degree

In spite of his success on the job and off, around 2 years ago, Calvin decided he was ready to earn his bachelor’s degree. “I wanted to finish up my bachelor’s degree for 2 major reasons,” said Calvin. “First, I already have sixteen years of work experience, but companies usually require a 4-year degree for the positions I’m interested in. By going back to school, I’ll be able to get promoted into another department. Competition in the marketplace is changing constantly. I knew I had to get my bachelor’s degree to stay competitive.”

The second, and far more personal, reason Calvin decided to go back to school was his role as a dad. “I want my kids to see their father completing college,” said Calvin. “I want them to see how working full-time, balancing everyday life, and pursuing your dreams is possible. Later on, I want them to know that I did this when they were little, to know first-hand what is possible.”

Using Tuition Reimbursement to Help Pay for a Bachelor’s Degree

In 2014, Calvin made the decision to enroll at StraighterLine partner college Strayer University to earn his bachelor’s degree in business management. He chose Strayer because the school offered “an online degree program in business that he would be able to fit around his schedule while working full time.” Also, his employer at the time also offered a tuition reimbursement program, a benefit that he didn’t want to waste. It was time to go back to school.

Fortunately, a chance conversation with a coworker lead Calvin to StraighterLine. “We were talking about our experiences around going back to college. And I mentioned how I needed to find a more affordable way to complete classes for my degree at Strayer,” said Calvin. “A coworker of mine, also earning her degree at Strayer, told me how she was taking online college courses through StraighterLine, and that it was an incredibly affordable and fast way to earn college credit.”

Calvin immediately went to the StraighterLine website. He liked what he saw. He liked it so much--the convenience and price of courses--that he thought StraighterLine might be too good to be true. When he realized that StraighterLine courses were eligible to earn ACE Credit, and that Strayer was a StraighterLine partner college, he knew that this was exactly the low-cost online course solution he had been looking for.

“It has been such a blessing to find StraighterLine,” says Calvin. “Finances were such a big obstacle standing between me and degree completion. With StraighterLine, I have been able to persevere. This year, even though I purchased a house, switched jobs, and have other household obligations, I’ve been able to make serious progress on my degree.”

After taking a look at the course equivalency agreement between the schools, Calvin determined he could take 6 of the courses he needed for his degree at StraighterLine. He enrolled in--and completed--Business Statistics, Introduction to Criminal Justice, Introduction to Nutrition, Medical Terminology, Personal Finance and US History I.

“At StraighterLine, everything was great, from the price to the course experience,” said Calvin. “Since I am already an student at Strayer, I was used to taking classes online. The screens were simple to navigate. The material was easy to follow and the content lined up nicely with the text and quizzes. The way the StraighterLine courses are set up makes it easy to study for tests. It flows really well.”

“Stay committed to what you’ve signed up for,” Calvin advises. “Make sure you commit to complete. Do the required tasks. Set up a schedule that you can follow through on. Continue to always focus on and strive towards your goals. And most importantly, never give up.”

Calvin earned his Bachelor’s in Business Administration with a concentration in Management at Strayer University in March 2017. Thanks to StraighterLine, he completed 6 of the final courses he needed for his degree program at an accelerated rate -- and at an affordable price.