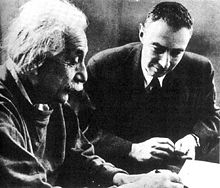 If you’re a guy and you’re thinking of majoring in engineering, chances are that you’re a bit worried about your ability to get a date. You’re probably thinking that once you declare your interest, you are a going to get classified as a nerd.

Well, forget that kind of thinking, because there have actually been a lot of engineers over the years who positively oozed accomplishment and charisma.  Here are just a few that come to mind . . .

By the way, I apologize for not including the names of alluring female engineers in today’s post. I’ll do some research and see what I can turn up!